Daron Acemoglu takes a look at the link between productivity and employment, and evaluates the best path forward through this time of radical disruption in the workplace. 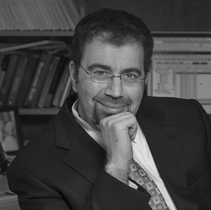 Acemoglu’s areas of research include political economy, economic development and growth, human capital theory, growth theory, innovation, search theory, network economics, and learning. His recent research focuses on the political, economic and social causes of differences in economic development across societies; the factors affecting the institutional and political evolution of nations; and how technology impacts growth and distribution of resources and is itself determined by economic and social incentives.