John Holdren discusses the harms we're already seeing in climate change, the latest science on the extent of the problem we face, and our limited options for addressing it. 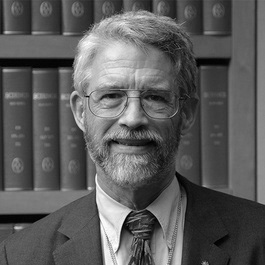 John P. Holdren is the Teresa and John Heinz Professor of Environmental Policy at the Kennedy School of Government; co-director of the Program on Science, Technology, and Public Policy in the Kennedy School’s Belfer Center for Science and International Affairs; and professor of environmental science and policy in the Department of Earth and Planetary Sciences at Harvard University. He is also senior advisor to the director at the Woods Hole Research Center. From January 2009 to January 2017, he was President Obama’s science advisor.

Dr. Holdren earned SB and SM degrees from MIT and a PhD from Stanford in aerospace engineering and theoretical plasma physics. He is a member of the U.S. National Academy of Sciences, the U.S. National Academy of Engineering, the American Philosophical Society, the American Academy of Arts and Sciences, and the Council on Foreign Relations. He is also a foreign member of both the Royal Society of London and the Indian National Academy of Engineering and a former president of the American Association for the Advancement of Science. His other honors include one of the first MacArthur Prizes (1981), the Volvo International Environment Prize (1993), the Tyler Prize for Environment (2000), and the Heinz Prize for Public Policy (2001).