Human Intelligence and the Future of AI

Josh Tenenbaum discusses how exploring the minds of children could advance AI. 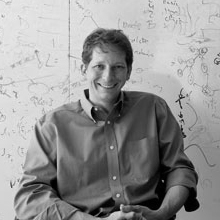 Josh Tenenbaum is a professor of computational cognitive science in the Department of Brain and Cognitive Sciences at MIT, a principal investigator at MIT’s Computer Science and Artificial Intelligence Laboratory, and a thrust leader in the Center for Brains, Minds, and Machines. His research centers on perception, learning, and common-sense reasoning in humans and machines, with the twin goals of better understanding human intelligence in computational terms and building more human-like intelligence in machines. Algorithms developed by his group are currently used around the world.