2017 Innovator Under 35: Developing new models for entrepreneurship in China 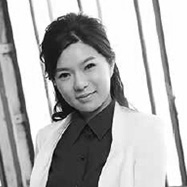 A serial entrepreneur, Kathy cofounded WafaGames in 2017 with Radwan Kasmiya (chief designer/producer) and Joe Wu Mingzhou (CTO). WafaGames is a mobile game developer based in Beijing that promotes digital dignity through great gaming experiences supported by authentic content, innovative core game play, and breakthrough technology. Kathy was the youngest national chess champion at the age of 10, in 1996, and again at 12, in 1998. She is a member of the Chinese People’s Political Consultative Council (CPPCC) in Chengdu; a former member of the Foundation Board of Global Shapers Community World Economic Forum (2013-2016); cochair of the APEC Women Leadership Forum in 2013-2014; and Image Ambassador of Chengdu’s Young Entrepreneurs. In 2011 and 2013, she was named one of the Top Ten Entrepreneur Representatives of China’s Economic Innovation. In 2012, Kathy founded an independent non-for-profit organization, World’s Young Voices, to sponsor young grassroots student elites who are academically and/or socially outstanding. She advocates for the importance of failures in entrepreneurship and still plays on chess.com with chess masters around the world.