Manuela Veloso of Carnegie Mellon University provides a reality check on the capabilities of today's AI systems, and provides a look ahead at where the field is headed next. 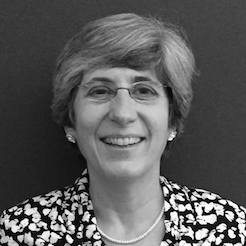 Manuela M. Veloso is the Herbert A. Simon University Professor in the Carnegie Mellon University School of Computer Science and the current head of the university’s machine learning department. She founded and directs the CORAL research laboratory for the study of autonomous agents that collaborate, observe, reason, act, and learn. Professor Veloso is an ACM Fellow, IEEE Fellow, AAAS Fellow, AAAI Fellow, and the past president of AAAI and cofounder and past president of RoboCup. She received the 2009 ACM/SIGART Autonomous Agents Research Award for her work on agents in uncertain and dynamic environments. Professor Veloso and her students have worked with a variety of autonomous robots, including mobile service robots and soccer robots.