The engineer has built sweatbands that monitor your health. 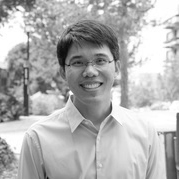 Wei Gao was born in Xuzhou, China. He received a bachelor's degree in mechanical engineering from Huazhong University of Science & Technology in 2007 and a master's degree from Tsinghua University in 2009. As a Jacobs Fellow and a HHMI International Student Research Fellow, he received a PhD in chemical engineering at the University of California, San Diego, in 2014. He is currently a postdoctoral fellow at the University of California, Berkeley. His recent work has focused on wearable and flexible biosensors for non-invasive physiological monitoring and clinical assessment, as well as synthetic micro/nanorobots for biomedical and environmental applications.